Streamlined, Prosecuted and Deported With a Criminal Record

NOGALES, Sonora, Mexico — Rosalinda Rodriguez-Martinez, 61, worked as a caretaker for an elderly couple in Arizona for 14 years. She developed a genuine affection for the family and enjoyed taking care of them. She said the family paid her fairly, $12 an hour, and treated her with kindness and respect.

It was the kind of job that people travel hundreds of miles across the Sonoran desert to secure. It is the kind of job Rodriguez-Martinez is certain she won’t find in Guadalajara, Mexico; her final destination after being deported through Operation Streamline, a program aimed at deterring illegal immigration by criminally prosecuting border crossers.

She pleaded guilty to a misdemeanor entry into the United States. If she tries to cross again and is caught she will be charged with a felony and could face up two years in prison.

It’s been a hard transition for Rodriguez-Martinez, who this day is sitting in a bus depot in Nogales. Her odyssey began when she decided earlier this year that she wanted to return to Mexico to visit her parents, who live in Guadalajara. They were getting old, and her father’s health was beginning to fail. 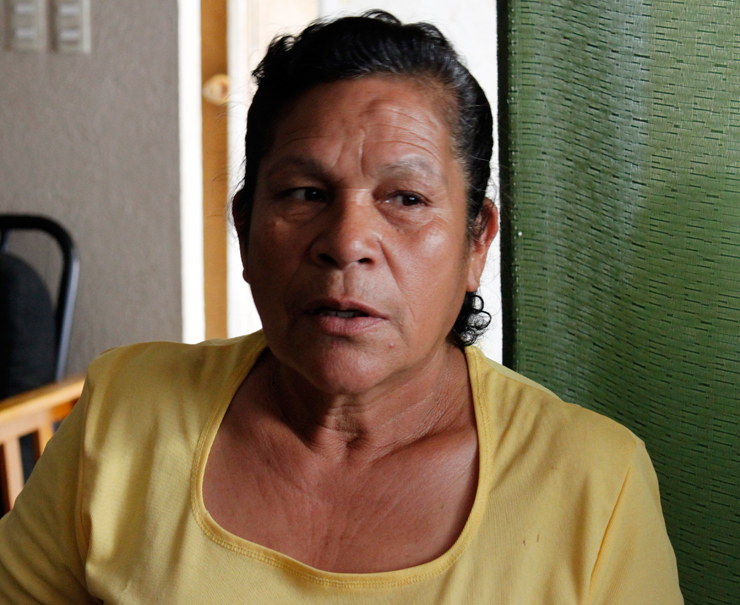 In early May 2010, Rodriguez-Martinez crossed the U.S.-Mexico border, going south. She made it to Guadalajara without any problems. But getting there was never going to be the problem. It was the arduous journey back north that would be challenging.

Rodriguez-Martinez said she realized that she could be caught trying to cross the border into the United States without papers but willingly took that risk to visit her parents in their old age.

She paid a coyote — a smuggler — to lead her into the United States, where she had a job, a home, a 30-year-old daughter and a boyfriend. She was part of a small group of people who began the clandestine journey north on May 25.

The group walked for several days, and at one point stopped to rest. Rodriguez-Martinez said her feet were blistered so badly that she was unable continue walking. She lay down and fell asleep. When she awoke, the group had abandoned her. Alone in the blazing desert heat with no food or water and no idea where she was, Rodriguez-Martinez continued walking.

After two days of wandering through the desert, Rodriguez-Martinez was so dehydrated and sun-baked that she could not speak. On June 1, a U.S. Border Patrol agent found her nearly unconscious on the side of the road near Lukeville, Ariz.

The agent gave her water and took her to the Tucson Border Patrol Station. Rodriguez-Martinez said she drifted in and out of consciousness during the ride. She remembers signing some paperwork at the station. Her next memory is of being shackled and put into a crowded room in the detention center. She said she was forced to stand in the room for hours.

She said the agents separated detainees into groups to eat. They were fed cold hamburgers and given juice to drink. Their shackles were not removed while they ate. There was also a large dispenser of warm water available to the detainees.

Rodriguez-Martinez said she felt like she was treated badly in the detention center. She said there were some guards that were kind to the detainees and others who yelled and threw juice cartons at them. 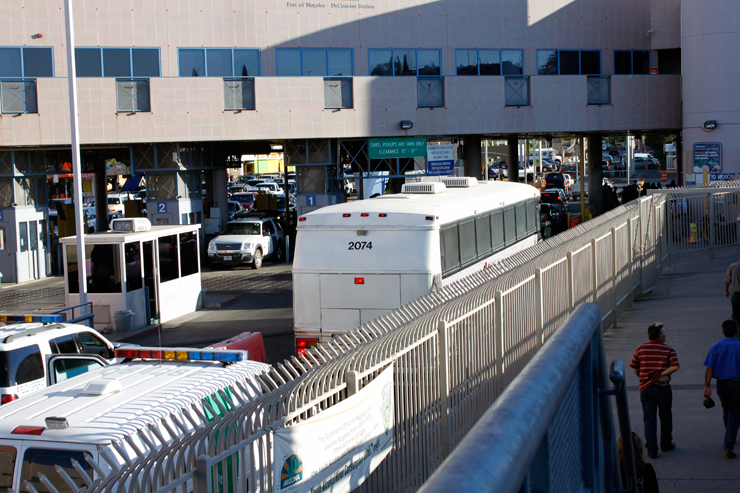 “I’m very afraid about what happened with the immigration officials, the way they threatened me, the way they yelled at me,” Rodriguez-Martinez said.

The next morning, Rodriguez-Martinez was transferred to the Red Cross for a medical examination and returned to detention the same day.

That afternoon Rodriguez-Martinez pleaded guilty before Magistrate Judge Hector Estrada to improper entry by an alien. She received a sentence of time served and was deported the same day.

Rodriguez-Martinez, who has no formal schooling, said she understands that she now has a criminal record in the U.S. and can be convicted of a felony if she is caught trying to enter unlawfully again. Her eyes well with tears as she relates how she felt going through Streamline. She said having a criminal record embarrasses her, especially after spending 14 years in the U.S. without an infraction.

“I don’t know if I will go again,” Rodriguez-Martinez said. “I’m very afraid [to go back].”

Four days after her deportation, Rodriguez-Martinez is sharing a makeshift bedroom with several other deportees in the back of a bus depot in Nogales, Sonora. She will stay here until she earns the 600 pesos — the equivalent of $46, necessary purchase a discounted bus ticket to Guadalajara, where her parents and other children live.